OHIP for All Rally | June 28th at noon

Join us at a rally hosted by End Immigration Detention Network Peterborough on Tuesday, June 28th, at noon in front of Peterborough Square. "In Canada, we believe we have a universal healthcare system but in reality, many are denied healthcare coverage due to their immigration status. Sign the open letter and join the movement calling for OHIP for ALL people living in Ontario." To learn more, find information here or watch the short video below!

Pick Up Your Microphone! | No One Is Illegal

THIS SUNDAY! No One Is Illegal-Toronto and End Immigration Detention Network present an afternoon of spoken word poetry and speakers to mourn the deaths and sufferings at border crossings and in detention camps; and to organize for justice. Featuring: - David Delisca - SPIN El Poeta - Charmie - Jennifer Alicia - And more to be announced! Performances will focus around the themes of displacement and migration, and also celebrations of our collective migrant stories and 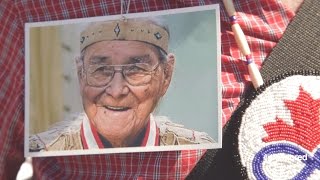 IN SOLIDARITY WITH ALGONQUIN GRANDMOTHERS: SAVE OTTAWA'S SACRED SITE FROM DEVELOPMENT

On June 17th, a group of folks from Nogojiwanong/Peterborough travelled to Ottawa to join in on a sacred walk to protect the Algonquin Sacred Site, Akikodjiwan, at the Chaudiere Falls and islands right behind Parliament. From the event page: "This will be a beautiful and colourful walk to protect Canada's Sacred Meeting Place from development and destruction. It will be history-in-the-making as we walk with Grandmothers, Elders and special guests, the *Cree Youth Walkers from

Did you miss our Morning Research Cafe with Barbara Ratzenböck? We've got a recording for you!

Mauricio Interiano, host of Trent Radio show The Town Crier, recorded Barbara Ratzenböck during her visit to Peterborough, where she shared insights on her research with older women and their multidimensional experiences with information and communication technologies. Big shout out to Mauricio for this wonderful recording of our event! For more information on Trent Radio, check here, or contact Mauricio at: mauriciointeriano@trentu.ca Listen to the recording here:

Concordia University published an article on Aging Activisms' Media Capsule Workshop held last month in Montreal. In the words on one participant: "This weekend was a gift, especially feeling supported to share our stories: younger, older, from all walks. Thank you for the thought that went into every detail." A huge THANK YOU to all of the powerful women who honoured us with their time and stories. Gratitude and inspiration all 'round! Read it here. #aging #activism #mediaca

In response to the recent homophobic violence in Orlando, Electric City Magazine has opened up a space for queer writers to share their perspectives, called Queer Voices on Orlando. As described on the first post: "In the early hours of Sunday, June 12, word began to spread of the latest mass shooting: a lone gunman had entered a gay nightclub in Orlando, Florida and killed 50 people, with another 53 injured. Over the next few days, as the national conversation moved on to th

PUSHBACK: A Film By Matthew Hayes about The Warming Room

Local community members Matthew Hayes and Jon Hedderwick are making a film which follows the Peterborough Warming Room’s guests as they race the coming winter in search for housing. As they describe: We're making a feature-length documentary film about poverty and homelessness in Peterborough, Ontario - a community which has had, since the 2008 recession, one of the highest rates of unemployment in Canada. We're focusing on four people from the Warming Room, a homeless shelte

Last weekend we hosted Barbara Ratzenböck, a doctoral candidate from the Centre for Inter-American Studies at the University of Graz. On Friday morning we held a research café at which Barbara gave a captivating talk titled “Walking Interviews in Small Domestic Spaces.” This fascinating methodological reflection offered insights based on research-in-progress with older women and their multidimensional experiences with information and communication technologies.Saturday evenin
1
2